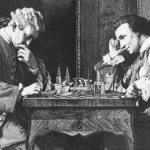 “The cultural turn appeared in the social sciences in the early 1970s through historians, sociologists, and ethnographers such as Pierre Bourdieu, Michel Foucault, and Clifford Geertz, but didn’t influence architectural discourse until the 1990s predominantly via academics in East coast US universities. Since then, it has silently carved out a discursive space somewhere between practice and critical history without consciously becoming a discipline in its own right, as Anthony Moulis pointed out in his paper at the 2014 EAHN conference in Turin.

The cultural turn coincides with the rise of postmodernism in architecture, arguably its stylistic manifestation, and concerned with the mediation and communication of architecture through exhibitions and magazines.

Please email the EAHN Office to be put in touch with group coordinators.

back to group overview