In addition to the biennial conference, the EAHN collaborates with institutions across the world to organize smaller, more focused themed conferences and seminars. These events are intended to raise the international profile of the Network through local collaborations and to promote inclusivity and interdisciplinarity.

Read our guide to hosting a Themed Conference or Event 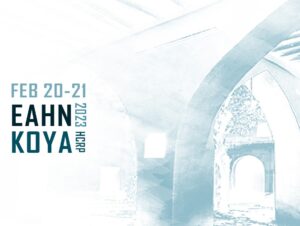 While the world mourns the destruction of the widely known Iraqi archaeological and heritage sites of Nimrud, Hatra, Sinjar and the old town of Mosul caused by the ISIS invasion in 2014-2017, other Iraqi archaeological and heritage sites in much safer zones were and still are underestimated and exposed to silent death via ongoing neglect and unchecked deterioration with a very limited capacity to safeguard them like in the case of Koya’s old town which reached its zenith during the Ottoman reign. States in Between: Empire and Architecture in East Europe and North Eurasia

The ongoing war in Ukraine has made it clear that there is a need to re-evaluate and retune ourselves towards the practices of colonialism, empire-building, and centre-periphery relations, and to ask questions about national identity and built heritage in Eastern Europe and Northern Eurasia, including the histories of Soviet and Russian architecture and the built environment at large. 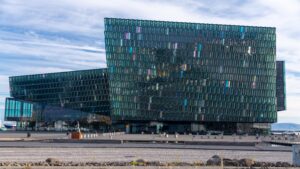 The effects of the anthropogenic climate crisis has compelled a resurgence of scholarship about the often fraught relationship between the built and the natural environment. The conference will be chaired by MoMA’s Ambasz Institute and Listaháskóli Íslands (Iceland University of the Arts). (Photo: John Salvino on Unsplash).

For a list of  past Thematic Conferences, including books of abstracts and proceeding, visit:

Following successful symposia held by the Group in previous years, on the Adam Brothers, James Gibbs, Women and Architecture, and Georgian London Revisited (online), this year’s symposium will address Architecture and Health in the long eighteenth century....

The Fondazione Giorgio Cini, Venice offers 11 residential scholarships to PhD students and postdoc students who must not be over 40 years old on September 1, 2022, interested in spending two consecutive months in Venice at the Vittore Branca International Center for...

Cinematic Starchitecture: the celebrity status of architectural structures in film

Famous architecture has circulated throughout cinema history and its diverse genres, performing a myriad of roles and functions that exceed its everyday use or its identity as an aesthetic object, location marker, or spatial setting. The proposed book Cinematic...

more news from the field