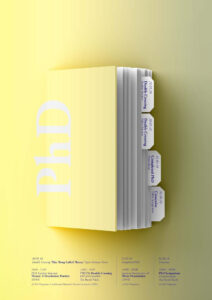 14:00 – 18:00
TTCT2: Double Crossing, with guest speakers: The Barrel Vault
This Thing Called Theory
Stemming from the Architectural Humanities Research Association (AHRA) 2015 conference, the open seminar series ‘This Thing Called Theory’ continues to explore the status of theory in architecture, and proposes theory as a form of architectural practice that opposes the instrumentalization of its use.​
The first open seminar ‘Architecture and Its Theories’ (AA 2017) looked at different ways of practicing theory in architecture, through its histories (Marco De Michelis) and philosophies (Mark Cousins), as well as in curatorial (Pippo Ciorra) and editorial (Diana Periton) practices. Issues of interpretation and betrayal in representation and communication emerged.
Double Crossing
In this second open seminar ‘Double Crossing’, the question of fidelity is further examined, in particular in the relation between architectural theory and practice. One important motif that emerged in previous debates is the ability of theory to digress and transgress certain bounds of the field, insofar as to instigate disturbances that may lead to deaths and births of particular forms of practice.
In this sense, theory in its most provocative form is to be not so much a faithful ally of practice, as that which has the ability to love and to betray practice, for Architecture’s sake.  Every act of insight, imagination and innovation possible in architecture is a trace of such double-crossing, intentional deceit and treacherous exposure between theory and practice. This is where what is said and not said, the visible and the hidden, the mark and its erasure, constitute the relation of complicity behind movements of conservation and revolution that shaped what we now know as architectural history.
The event is open members of the public, staff and students. The full programme is available here.
Speakers