Deadline Extended: Fabrications: The Journal of the Society of Architectural Historians, Australian and New Zealand. The Architecture of the State and Statelessness 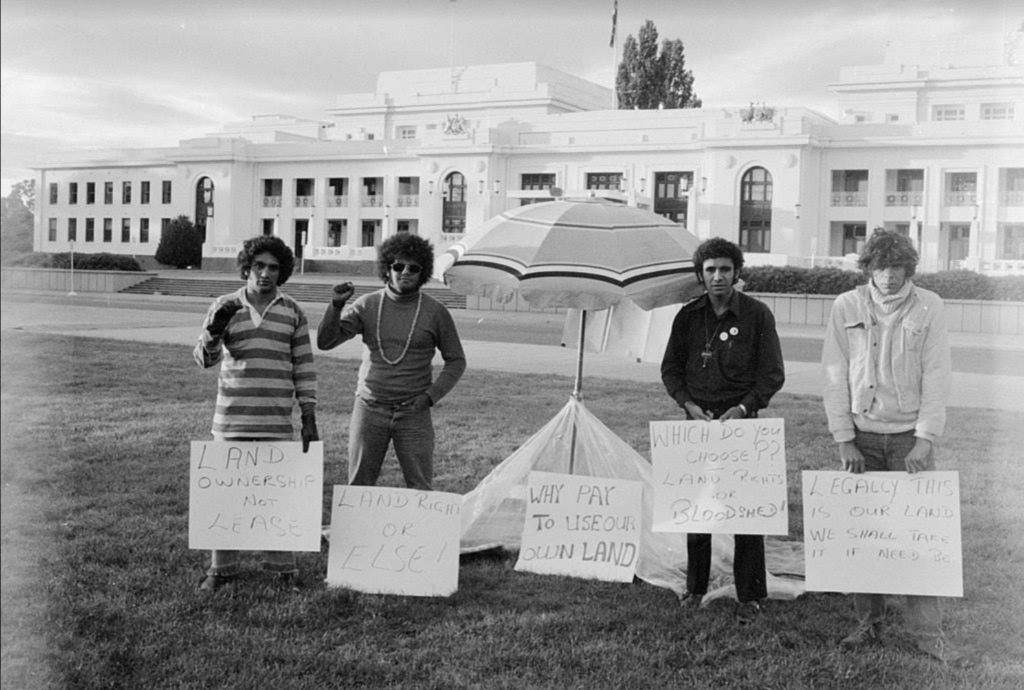 Fabrications: The Journal of the Society of Architectural Historians, Australia and New Zealand invites papers for a special issue (Vol. 32, No. 3) on the theme of ‘The Architecture of the State and Statelessness’, edited by Cameron Logan and Kelly Greenop. The extended deadline for paper submission is 31 March 2022 and publication of the issue is scheduled for September 2022.
One of the abiding roles of architecture historically has been to produce designs for buildings that represent and house state functions. Official residences for heads of state, parliament buildings, courts, diplomatic missions, barracks and armories, as well as the departmental headquarters for treasuries and other governmental functions, enact and enable state power, but they also make the state visible as an entity. Architecture is one of the ways in which states represent themselves to their citizens or political subjects and to other states. The frontispiece for the original edition of Thomas Hobbes’ Leviathan (1651) – perhaps the most explicit figure of the state produced in political philosophy – is an etching by Thomas Bosse and is dominated by a colossal figure bearing a sword and a mitre overlooking an orderly city. When one looks closely at the cover the representative role of architecture in figuring state power is obvious. Beneath the main figure are depictions of civil and ecclesiastical authority, most prominently a castle and a church. Buildings were thus presented by Hobbes and Bosse as clear emblems of the state.
Because state power is so often figured through buildings and urban ensembles, those who dispute the claims of the state have also used architecture to articulate their own relationship to power and political agency. In Australia, for example, First Nations people have created various tent embassies, the most famous being that established in front of the old Parliament House in Canberra/Ngambri from 1972. Its very clear meaning was that the Australian government does not possess legitimate or uncontested sovereign authority in the territory it claims. The putatively stateless Indigenous people of Australia thus rhetorically claimed the status of a distinct state authority by establishing an embassy.
This issue of Fabrications calls for papers that address state authority and architecture by critically examining buildings, projects and architectural conceptions that proclaim the presence of the state or that protest that presence. Recent work in architectural history and theory – including work published in recent issues of this journal – has dedicated significant energy to documenting and analysing the enactment of state power though everything from infrastructural development to prison building programs and highly secretive defence installations. This issue seeks papers that build on that work but that also direct attention more explicitly to the question of representation. How do buildings and infrastructure depict or symbolise state power? And how has state power been disclosed and contested by architectural gestures that seek to counter the claims of the state?

The journal welcomes submissions that address the theme from widely varying perspectives. Papers might focus on the problem of representativeness in multi-national states; raise questions about universality versus regional or national specificity in relation to style; focus on the tactical and provisional modes of architectural communication available to those who protest their statelessness; or raise questions about the extent of state presence in the urban landscape in capital city ensembles. Building on recent work published in the journal, editors encourage papers that examine official attempts to depict the architectural expression of newly decolonised nation states in the Asia-Pacific. The journal also welcomes papers about the various architectural competitions and public debates connected with new parliament buildings, state palaces and official residences in our region and around the world.

If you have any questions, please contact the editors, Cameron Logan (cameron.logan@sydney.edu.au) or Kelly Greenop (k.greenop1@uq.edu.au).

The Spaces of the Sacred

Sainte-Marie de la Tourette Convent (Eveux, Rhône), Wednesday 11 January 2023 The Spaces of the Sacred offers a space for reflection and debate for anyone who understands sacred spaces as laboratories for architectural, urban and landscape research. This definition...